Digby is a droid tasked with digging down underground to search for rare minerals!

Make your way through the sixteen different areas of the mine grabbing all of the diamonds as you go.  Boulders can be pushed, but look out below!  Some diamonds need to be transformed before they can be collected, so look out for the tool to help with this.

If you have ever played Boulder Dash or Repton then you know the drill!

There are two versions of the game to download:

- Original version (made in 1996 for tape, updated in 2015 for disk) which features a level editor and hi-res graphics (but unfortunately, no sounds)

- Reset Edition which was featured on the coverdisk of Reset Magazine Issue 8 in 2016 and includes some new levels, music, sound effects and multi-colour graphics

Use a joystick in Port 2 to move around the screens.

Fire button will reset the level (you will lose a life).

Cursor keys will select the object type to be placed.

Move the cursor with joystick in Port 2.

Return will take you back to the main menu.

This was the first game I made for the Commodore 64, created in BASIC but with some assembly language to speed up the gameplay.  It was put together using a Commodore 64, Action Replay VI cartridge and Datasette.

Unfortunately there is no sound in the original version of the game, as I had no idea what I was doing with the SID chip at the time!  The Reset Edition features music made in SIDTracker64 and a simple sound effects routine.

Absolutely lovely! I really enjoy having a Boulder Dash like game in such a little package, even with the possibility to make my own caves and everything! It's really sweet! Thank you!!

hey! Thank you so much, it’s great to hear that you enjoy it :)

Let me know if you design any caves and I will add them to a future version of the game!

I thought that this game was wonderful and it ran very well on the C64 Mini for those who may be looking into getting the game to play on the C64 Mini. I hope that you decided to make more games in the future.

Glad you enjoyed it! Thanks for the kind comments :) 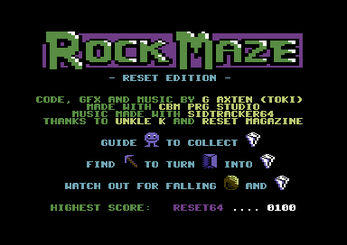 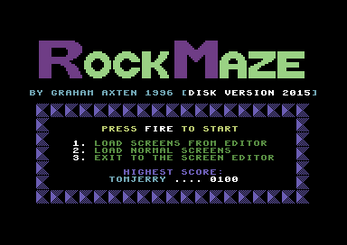 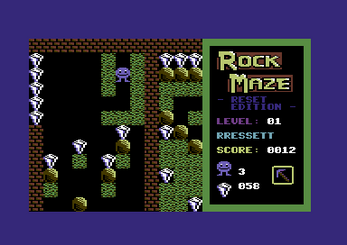 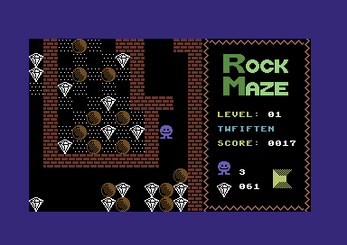 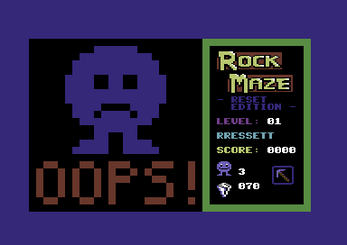 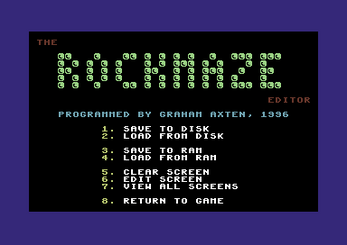 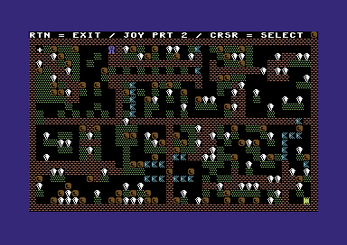